Giant vegetable grower Patrick Teichmann from Pößneck in Thuringia (D) regularly takes part in weighing and measuring championships with his vegetables. With their products, the cultivators try to find out who of them has grown the longest or heaviest vegetables of their kind. By September 2020 Patrick Teichmann achieved 6 German records in total.

Though this amount of titles is not enough for the ambitious hobby grower, who cultivated a steadily increasing number of different varieties year on year in order to compete at the championships in more and more different categories. For September 4, 2020, the day before the Weighing Championships in Oberwellenborn (D), Patrick invited RID adjudicator Olaf Kuchenbecker to his 200 m² garden to witness the harvest for the Weighing Championships and to proof the world record for »most giant vegetable varieties cultivated in one garden« for which Patrick applied for at Rekord-Institut für Deutschland (RID). At least 30 different typical giant vegetable varieties, each with a flawless harvest, were the minimum requirement for opening this newly recognized world record category. 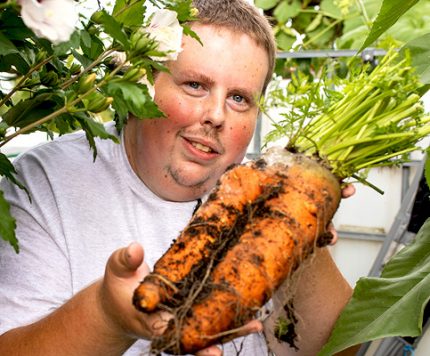 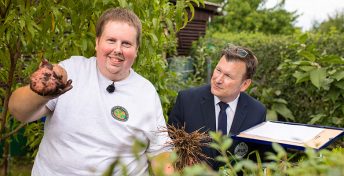 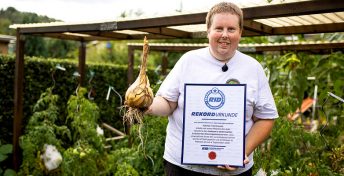 Ironically, Teichmann personally does not eat his own gigantic record objects. The passionate gardener hates the taste of vegetables, but loves the growing and competing that come with the process. Patrick Teichmann aka »Möhrchen-Patrick« (Carrot-Patrick) focuses on the guidelines of the American competitive association »GPC«, the »Great Pumpkin Commonwealth«, which connects giant vegetable growers all over the world and lets them challenge each other on a competitive basis.

By the way: According to first information at the weighing championship in Oberwellenborn Patrick Teichmann was able to add 5 new German records to his personal record list and even improved two of his previous German records:

« AN HOUR OF BAR STRENGTH