Cars with electric drives are considered being a future-proof concept for individual mobility. Nevertheless people still believe these vehicles are currently unsuitable for long journeys due to their limited range. Rainer Zietlow and Dominic Brüner from the Challenge4 agency wanted to dispel this prejudice and prove the opposite with a successful electric-car-long-range record attempt.

Their continuous journey was planned to become the »longest continuous journey by electric vehicle (non-solar) in a single country«. Thus the two drivers wanted to cover as much distance as possible throughout Germany. The vehicle: A VW ID.3 Pro S1 with 77 kWh battery capacity. Since these batteries had to be recharged repeatedly, it was necessary to consider the available charging stations when planning the route. However, the route planning was complicated as the guidelines demand that only of 10% of the route may be driven twice. Just as important: To beat the current world record, the distance to cover had to be at least 25,500 km without double use of roads.

The Institute for Transport Logistics (ITL) at the Technical University of Dortmund, Germany – commissioned to plan the route – calculated from these specifications a potential record-breaking marathon route. Beginning in Oberstdorf, Germany’s southernmost point, the route led criss-cross through Germany to the country’s northernmost parking lot, located west of List on the isle of Sylt. 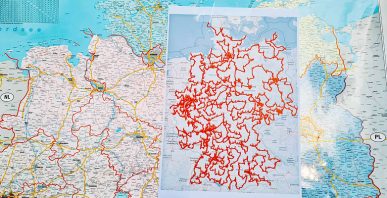 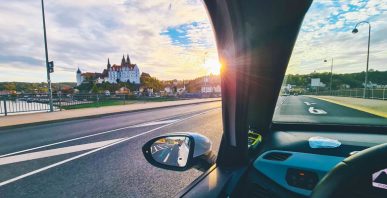 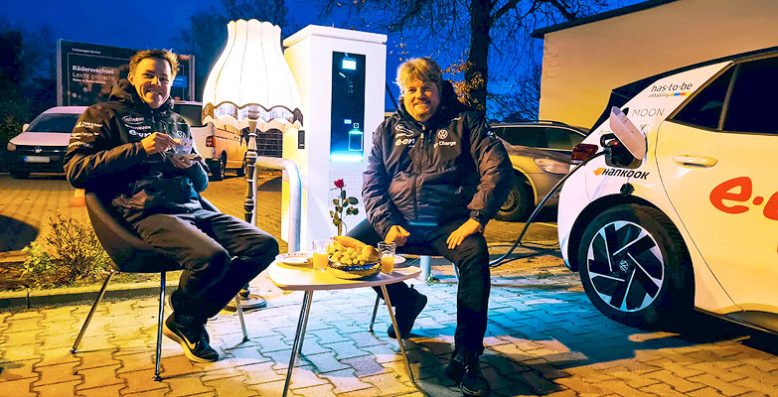 The world record hunters started their project on 28 September 2020. In the following two months they followed a strict road schedule to successfully complete the world record ride on 1 December 2020 on Sylt. Innumerable hours in the car were thus awaiting the two of them. Every 15 minutes the position of the vehicle was recorded by a GPS tracker and then cumulated continuously. 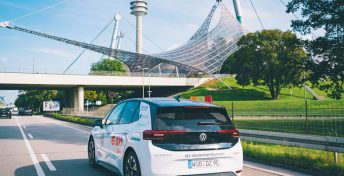 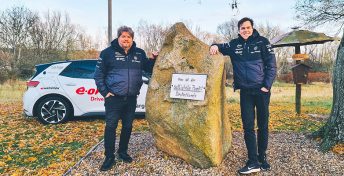 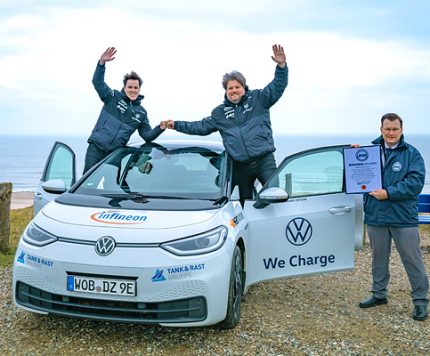 In List this question was answered by RID adjudicator Olaf Kuchenbecker in an official event to award the RID record certificates: With 28,198 kilometers driven Rainer Zietlow and Dominic Brüner officially set the new world record and has been registered in the RID record vault. The two record drivers are delighted to receive their record certificate for the »longest continuous journey by electric vehicle (non-solar) in a single country«. Their project has certainly paid off.