On his trip to the USA, Austrian strongman Franz Müllner aka »The Austrian Rock« stopped off at the Hofbräuhaus in Las Vegas on October 14, 2021. At 7 p.m. local time, he wanted to set there the first entry of the world record category »fastest time to bend 20 frying pans (different sizes)«.

RID record adjudicator Olaf Kuchenbecker was on hand from Hamburg, Germany via video conference to verify Müllner’s world record attempt. »Kraftlackl« Müllner, in turn, had to deform his 20 pans into handy rolls in less than 3 minutes in order to get hold of the coveted RID record certificate. 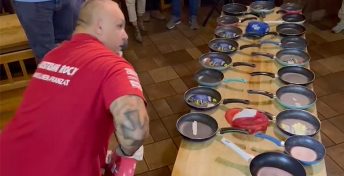 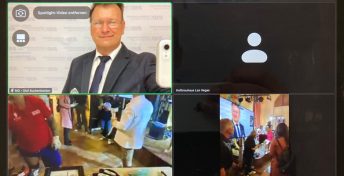 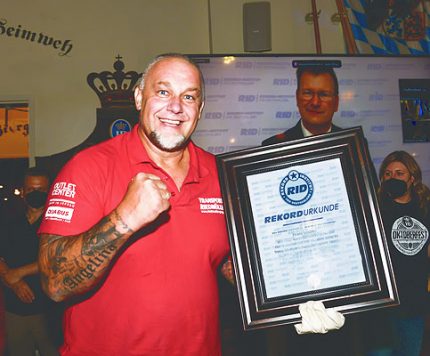