In some special cases, RID world record holders become RID record adjudicators. In addition to his undisputed sporting qualification in judging record attempts, Muhamed Kahrimanovic aka »Hammerhand« has in this case also the necessary linguistic expertise. After all, he has been a technique coach of the Serbian national team in Taekwondo in the past and in addition has family connections to the region through his wife. On 27 March 2022 the martial arts expert traveled to Kragujevac (SRB) to review not less than five different athletic performances at the »Serbia’s Night of World Records« event.

Numerous spectators gathered to cheer on the record chasers at the venue, the sports hall »Gordana Goca Bogojevic«. Srdjan Ristić startet the event with his attempt to perform as many push-ups as possible in one minute – on only two fingers and one arm. He had to beat the current world record of 58 of these challenging push-ups. Under the watchful eye of record adjudicator Kahrimanovic, Ristić achieved a total of 63. Kahrimanovic immediately awarded the new world record for the »most two finger push-ups (one arm) in one minute (male)« with a RID record certificate.

Push-ups were also the focus of two other record attempts. In the record category for »most push-ups with 20-pound backpack (1 min)« Marija Spasić succeeded in performing the sport exercise 46 times – despite the 9.7 kg load on her back. Thus, she achieved the first world record in the record category for women. On contrast, Nevena Milošević, who works as a lifeguard in the municipal swimming club, proved her endurance over a period of 60 minutes. She completed a cleanly executed push-up 1,232 times and thus achieved the world record for the »most push-ups in one hour (female)«.

Hammerhand in duty: Are all world record attempts of the event successful?

Another well-known sporty exercise is the so-called »Burpee«, a combination of squat and push-up position. The record category for the »fastest time for 25 burpees« was previously unoccupied – but both, women’s and men’s first records were achieved at the sports event. 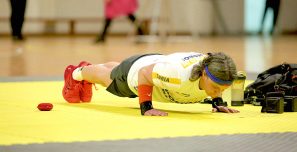 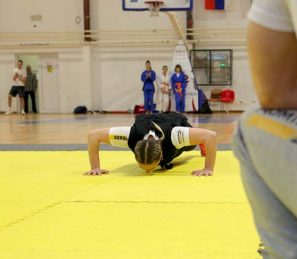 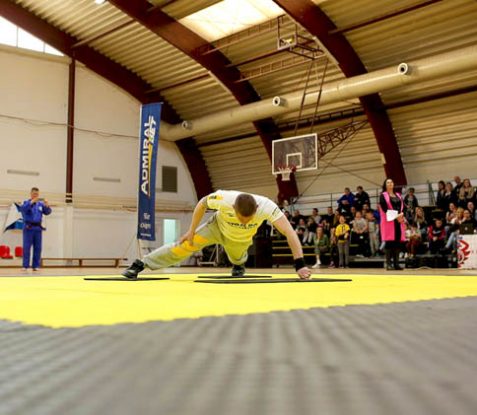 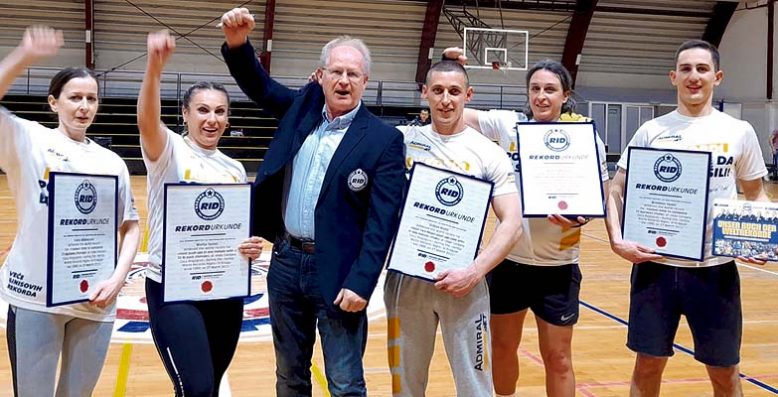 With 44.04 seconds, Ivana Milenković clearly beat the required 50 seconds and received her well-deserved record certificate from record adjudicator Kahrimanovic. Her male competitor Branislav Đokić was also successful: he had to achieve a maximum of 40 seconds, and after 39.38 seconds Kahrimanovic stopped the clock – and the RID record adjudicator presented the fifth record certificate of the evening. So »Serbia’s Night of World Records« was successful all along the line, not only from a world record point of view.
Pin It
» Nicht kategorisiert » HAMMERHAND APPROVES WORLD RECORDS IN SERBIA