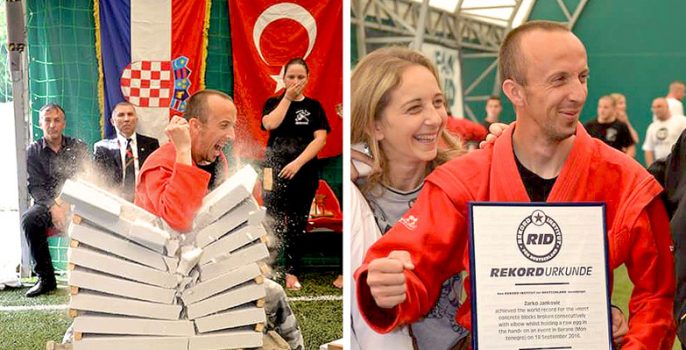 on Oktober 1 | in GEBROCHEN | by RID_admin | with No Comments 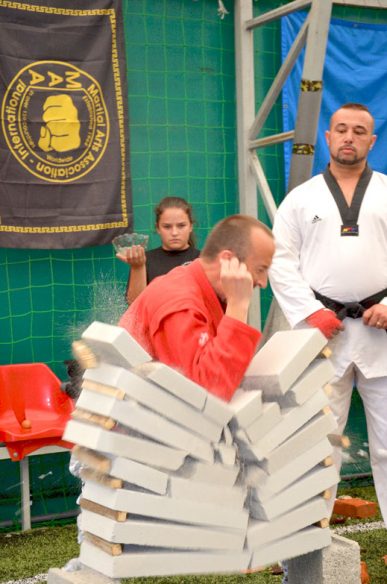 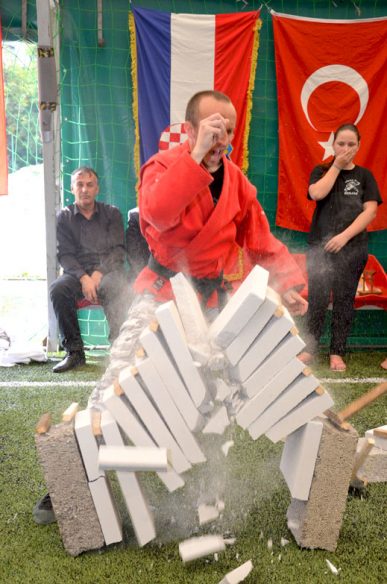 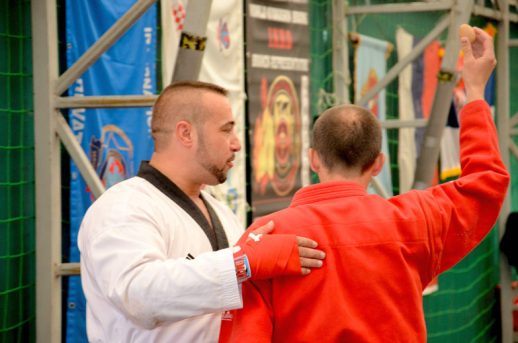 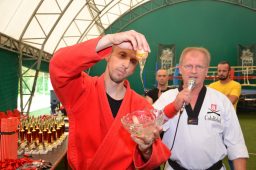 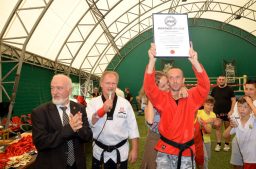 On 18. September 2016 Samba Club Berane organized a »Mixed Martial Arts« (MMA) und Sambo World Championship tournament. Sambo is a martial art and combat sport developed by the Soviet Red Army to improve their hand-to-hand combat abilities. During this event Zarko Jankovic (MNE), multiple titleholder in these sports wanted to achieve the world record for the »most concrete blocks crashed by elbow whilst holding a raw egg«.

For the RID Records Institute of Germany Muhamed Kahrimanovic (BIH) traveled from Hamburg, Germany to Berane, Montenegro as an official RID adjudicator for this record attempt. Muhamed is a multiple world record holder in diverse martial arts disciplines.

For the record attempt the blocks was arranged to five stacks of eight. The raw egg to be held with the hand of the smashing elbow must remain unbroken to qualify the attempt for the record. And indeed, Zarko smashed 36 blocks correctly and set the new world record, which was on-site directly certified with presenting him a RID World Record Certificate.